Personal development
08 December 2020
You need about 5 min. to read this post

The Internet plays a huge role in the modern world it is thanks to the Internet that we open up to the world. Therefore, knowledge of foreign languages, although always valuable, is even more important today. And there are really many benefits of learning them. We will present 10 of them

10 reasons why it is worth learning a foreign language

Knowledge of foreign languages increases your chances of finding a better job, getting a promotion or taking part in a business trip abroad. This skill is also useful if you plan to work abroad, where working conditions are often more attractive

A CV is also more impressive to an employer if it includes knowledge of at least C1 level of foreign languages. It is estimated that more than half of companies that are looking for employees consider only those candidates who have language skills at a high level.

If the job requires regular contact with foreign contractors, the person in such a position absolutely must speak a foreign language fluently

Finally, a person who knows foreign languages is more likely to self-improve, e.g. by reading publications in the original language (especially when it comes to English)

It is commonly known that traveling abroad educates, and when you know the languages, traveling becomes easier – there is no problem with communication. Then you can easily ask for directions, buy food or even talk to the locals, who will always tell you whereyou should go.

Languages also mean saving money. You are no longer forced to use a travel agency or other companies: you can go on a trip abroad on your own and thus for less money

Being fluent in foreign languages gives you wider access to knowledge in an interesting field, e.g. by consulting students or experts from another country. Many interesting books, blogs or podcasts are available only in the native language of their authors and are not translated into Polish

It’s much better to read literary works in the original! Even the best translation can never fully convey the atmosphere of a work. There are nuances in every language that are difficult to translate. It is the same with films and songs.

Language is always connected to the culture of a country. Once you know the language sufficiently, it becomes easier to understand the people of the country and their mentality

6. Relationships with other people

Knowing foreign languages helps you make contacts and build relationships (both business and private) with other people. Communicating in the same language brings people closer to each other and makes communication easier. It is also at the same time the best practice and opportunity to improve your linguistic skills

7. Better understanding of your mother tongue

The German writer Johann Wolfgang von Goethe, author of “Faust” and “The sufferings of young Werther” once wrote that “he who does not know foreign languages knows nothing about his own (…)”. It’s true: with knowledge of foreign languages you can learn more about the grammar and intricacies of your mother tongue, e.g. by looking up proper equivalents for foreign words

Communicating in a foreign language increases self-esteem and self-confidence. Speaking another language correctly allows you to overcome your own fears and step outside your comfort zone. Additionally, you become a more independent person.

Financial motivation is for many people the only incentive to learn foreign languages. Of course, passion and a genuine interest in a particular country definitely help in learning, but the numbers speak for themselves. Statistics show that people who are fluent in foreign languages earn 20-40% more than those who are not.

10. A challenge for ambitious people

For ambitious people learning foreign languages can be an interesting challenge which requires effort and time. Especially if you want to learn a difficult language, such as Chinese or Korean. Joining the small group of people fluent in more than a dozen languages can also become an ambitious goal.

There is no doubt that learning foreign languages is always a good investment in your own future. 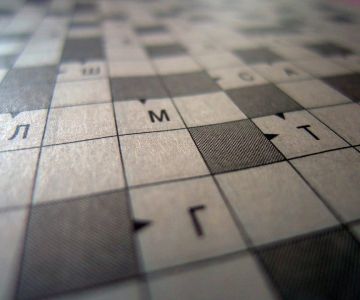 Solving crossword puzzles is not only a time killer, but also a way to keep your memory in good shape. Often we spend a lot of time on one missing word in the whole crossword puzzle. With help come special search engines, in which we can find the word e.g. by definition. How does it work? It is enough to enter the definition from the crossword in the “definition” field, and the system will provide the solution and suggest matching words.

The crossword words we can meet in the crossword are various. Today we are going to look at computer theme in puzzles. You can find the word computer under such definitions as:

What definitions can you find in computer topics?

Crossword puzzles related to computers can be mentioned endlessly. However, the most important thing is the fun of solving the puzzle without “scientific help”. Nevertheless, do not be surprised, because in the crossword you can also meet a tricky slogan like “windows in Polish” and here it is unnecessary to think. The answer is simple, it is simply “windows” 🙂

source of the main photo: pixabay.com 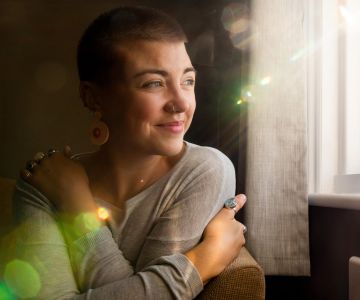 If you want to make changes in your life, you must first accept who you are. How can you love yourself?

Loving yourself – essential for mental health

Self-love is fundamental to treating yourself well and putting yourself first. It allows you to truly understand and accept your flaws and strengths.

Everyone has flaws. You cannot stop loving yourself because of them. Lack of acceptance of flaws can be the basis of low self-esteem, which can lead to many mental disorders such as:

Loving yourself is closely related to raising your self-esteem.

How to love yourself?

Sometimes different physical features, such as protruding ears or freckles on the face, get in the way. It is hard to accept the fact that you are not perfect. That is why it is worth to look at yourself objectively and appreciate what you have, such as nice eyes, slim legs – everyone has something to be proud of. Then it turns out that physical features that at first bothered you, now become very trivial.

Instead of focusing only on flaws and negative traits, focus on opportunities and self-improvement. This is the first step to loving yourself.

Loving yourself in 8 steps

Today’s world is rushing forward, everyone has more and more responsibilities and more and more things are done automatically. This leaves little time for yourself. That is why it is so important to stop for a moment and ask yourself:

These questions allow you to treat yourself uniquely, which is the basis for self-acceptance.

No one is perfect – everyone has some flaws that they are trying to work on. Accepting your own imperfections is another step in loving yourself. Some traits are innate and cannot be changed, such as intellect.

It is worth focusing on those aspects of your personality with which you are satisfied and which can be improved (they depend on you).

3. Send your inner critic on an indefinite vacation

Everyone has a ruthless critic inside them who keeps saying:

Constant self-criticism and unfounded accusations result in lowered self-esteem and lack of self-love.

If you are the one doing the criticizing, only you can stop doing it. Start seeing yourself as someone special. Every day say an affirmation to yourself: “I am special, there is no other person like me in the world.”

Many people hear in their childhood that they cannot bow out with their needs and must always give way. Such people are not able to cope in adult life. Therefore, being a mature person, you should cut off from these messages and forgive your parents – this way you can get inner peace

5. Take responsibility for your life

Start making decisions on your own. This is your life and no one will live it for you. Sometimes it’s good to listen to other people’s advice, but the final decision should be yours. You don’t have to take advice from other people when making decisions.

Everyone has a personal psychological space, which consists of:

It’s worth learning to say “yes” to your needs while helping others but not allowing yourself to be taken advantage of.

7. Practice your talents and skills

Once you give yourself love, you will see the positive impact this attitude has on your life and your relationships with others. If you truly love yourself, you will also be able to love other people.