How do you develop a new habit?

Personal development
11 October 2021
You need about 5 min. to read this post

Everyone knows how difficult it is to stick to resolutions that will get you to your dream goal. What helps you to achieve it is to develop the right habits.

What is a habit and why is it so important?

Every person during his or her life gains experience and develops ways of reacting, which over time turn into habits that may come from different sources, such as imitation of the people around.

Regardless of their origin, habits are very important in a person’s life because they contribute to life’s successes and failures. In the modern world, the most desirable habits are those that sustain motivation in the pursuit of success.

10 steps to forming a habit

For a habit to be accepted by the brain, it must be specific, e.g. I will do 30 tummies every morning.

The second important step is proper motivation – why and for whom the habit is being formed. The right motivation and reward is the goal for the brain.

One habit formed can become a trigger for another, which is why many people have, for example, morning rituals that consist of multiple activities.

In the first days and weeks it is useful to “support” the habit formation with external signals by, for example, a reminder on the phone.

For the brain to acquire the habit faster, it should have the prospect of a reward, which does not have to be material. For the brain, a reward is a boost to one’s self-esteem or the awareness of doing something important for oneself and loved ones.

When developing new habits, things don’t always go well. Therefore, it is worth using the greatest possible punishment for the brain – the feeling of shame. Be sure to ask loved ones for support to ask how the habit changes are progressing.

7. A companion on the way

Holding yourself accountable for results is a very good motivator. That’s why it’s important to have the support of your surroundings and a companion with whom changing habits is simpler, e.g. by motivating you in your daily exercise.

It is a good idea to set a specific date when the changes will start. Avoid statements which postpone the start of changes, e.g. “in spring”, “from the new year”.

9. The most important first step

Most of the time, a habit starts to weigh you down after just a few days, so it’s important to change your mindset, e.g. instead of thinking about exercise, focus on rolling out your mat.

10. A necessary plan of action when problems arise

When you’re having a worse day and it’s harder to follow through on your resolution to change, it’s a good idea to have a plan of action ready to motivate you.

7 mistakes to make when making habits

How long does it take to form a habit?

According to psychological theories, to form a habit, you need continuous and regular repetition of a certain activity until a new neurological connection is formed in the brain – this is necessary for the habit to be performed as an automatic activity.

Over the past several years, various theories have been developed to determine the necessary time for habit formation, the most popular being:

The 21-day theory– created by plastic surgeon Maxwell Maltz, who concluded, based on observations of his patients after surgery, that it only takes 21 days for patients to become accustomed to change;

The 30 Day Theory – created by blogger Steve Pavlin who, based on his own experience, concluded that it only takes 30 days to form new habits;

The66-day theory – created by British researchers from University College, who based on their research averaged the time it takes to form new habits.

It is difficult to say how long it takes to develop new habits – it’s a very individual thing. There are factors that influence this process, and these are: 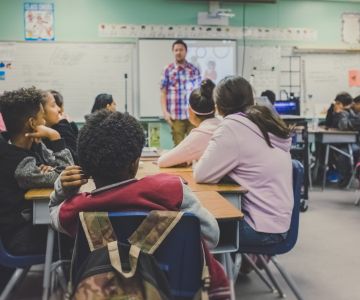 Mathematics, Polish, foreign languages, biology, history, P.E. – this is not even half of the subjects currently in schools. But not all of them are equally important or necessary, and there is definitely something missing from the curricula. Just what is it?

No one needs to be convinced that the education system is not perfect. Children are overloaded with information, tasks and knowledge that is rarely useful in practice. On top of that, there is often much to be desired in the way that this knowledge is imparted – facts, formulas and data cobbled together by heart without independent drawing of conclusions or solving problems. Certainly, anyone who graduated from school has found out in adulthood that many of the school lessons were of little use, and could be replaced by the subjects of the future.

Rhetoric is, in simplest terms, the ability to speak correctly, and in narrower terms it teaches effective communication, identifying the needs of the interlocutor and using words to achieve specific goals. It is definitely one of those subjects that should be included in schools – the ability to express one’s thoughts and communicate effectively are useful in any environment. Rhetoric also helps relieve the fear of speeches and teaches how to argue correctly in discussions.

It is worthwhile for children to learn how to manage money properly from an early age, and at later stages of education they should learn the basics of economics. This will make it easier for them in adulthood to understand the most important financial instruments, think about investments and save money.

Logic teaches us to look for non-standard solutions, not to be afraid of complex tasks and to think coherently and consistently. Such skills enable us to draw conclusions and better analyze what is around us. At the time when logical thinking develops most intensively in children, it is the school that should support this development with appropriate lessons.

Virtually everyone has access to the Internet, including children. Unfortunately, not every user knows how to use the network consciously and safely. Therefore, such a subject as information security and hygiene is really necessary. Through it, children would learn how to avoid scammers online, recognize fake sites and protect their data. Hygiene, on the other hand, is about how we perceive and disseminate information – it teaches how to verify sources and distinguish false information from real information.

School psychologist surveys asking whether a child enjoys school and hanging out with classmates are clearly not enough. Children need to be taught to recognize depression and other mental illnesses, to distinguish them from bad mood or fatigue, and to communicate properly with people who have disorders. It is also important to teach children how to deal effectively with stress.

The progressive destruction of the environment, pollution, growing mountains of garbage and the climate catastrophe hanging over us all urgently require education in ecology and conservation. Children should learn about basic healthy and ecological habits, the principles of recycling, how to live in harmony with nature, the basics of how a sustainable economy works, etc.

The subjects on our list include competencies that every human being should master. These are skills that make life much easier, help you advance your career and manage your finances. 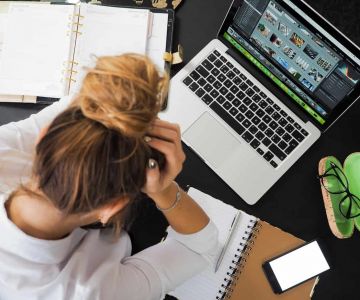 Stress accompanies us every day. Both in our private and professional lives. Short-term stress has a mobilizing effect on us. However, prolonged one, for example as a result of bigger problems, can do a lot of damage – especially to our health. The result of chronic stress can be a general weakening of the body, and also of the immune system. Stress cannot be excluded from our lives, but we can try to cope with it. Here are some ways to fight it.

Physical activity positively influences the fight against stress. Why? Physical activity reduces the level of the stress hormone cortisol in the body, while increasing the level of the happy hormone endorphins. So if you’re stressed about an important interview or exam, make sure you’re physically active to the best of your ability. Swimming, running, fitness classes or just a bike ride. You will also release endorphins during a short daily walk. Even such a small effort will help fight stress.

For the body to function properly it needs 7-8 hours of sleep. So be sure to get plenty of sleep. You will also reduce your stress level if you go to bed regularly, at the same time. This will teach your body to feel tired, which will make it easier for you to fall asleep, sleep through the night, and then fight stress. Using a smartphone before bedtime has a distracting effect on our body, so you should make a habit of putting your phone away in the bedroom at least half an hour before bedtime. Airing out your bedroom will also improve the quality of your sleep. What about waking up? As many studies show, a morning short stretch instead of browsing Facebook also affects our mood.

Are you treating stress with your favorite chocolate or jelly beans? Instead of a lot of sweets, eat 2 cubes of chocolate and opt for healthy eating. This also helps in fighting stress. Remember to always eat breakfast, it’s a staple. Eat plenty of fruit. If you’re facing a stressful conversation at work, take a box of fruit with you from home. Some apple, banana, pear, or grape and reach for a piece every now and then. Also, drink plenty of water throughout the day. When the body is dehydrated, it produces more cortisol, the aforementioned stress hormone. Green tea also has a good effect. The antioxidants it contains are able to catch the free radicals responsible for stress from your body. Put down the energy drinks, as the caffeine it contains raises stress levels.

Music calms you down? If you have had a stressful day, take a moment to relax in the garden or on the couch. Choose quiet, non-vocal music. Flute, piano or violin are instruments that will help you de-stress. Musical genres such as jazz, folk also help. You can even find ready-made playlists for this on Spotify or YouTube, such as an hour-long compilation of calm, instrumental tracks.

Remember to maintain a work-life balance. This will give you a chance to relax. Both physically and mentally. Depending on individual preferences, something different will be resting for everyone. For one of us a short nap in the afternoon, for another a bike trip, and for yet another a moment with a book and favorite coffee.

Books and also coloring books have the power to combat stress. Anti-stress coloring books for adults are becoming more and more popular. You can buy them in any bookstore or just download ready-made coloring templates from the Internet. Spend at least 15 minutes coloring. It really has a relaxing effect. Already the famous Carl Gustav Jung spoke about the therapeutic nature of colors.

How can visualization help us fight stress? Sit on the floor, in a comfortable position, close your eyes and imagine something positive. For example, imagine a place where you feel good and safe. You can also imagine something nice happening to you every morning. Visualizations help you to change negative thoughts and attitudes and consequently overcome stressful moments

Everyone deals with stress differently. Dealing with stress is not difficult. You just need to apply and implement coping methods into your daily life. If you follow the tips, you will overcome stress, but also increase your quality of life and be more effective at work.

source of the main photo: pexels.com 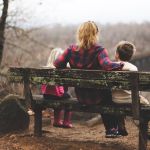