Fear of change. How can it be tamed?

Personal development
19 October 2022
You need about 3 min. to read this post

It is impossible to escape from changes in life. But that’s a good thing, because they are the ones that help us grow and gain new experiences, through which we learn more about reality and become more aware of our value. Although change has a beneficial effect on life, it often causes great anxiety. How can one deal with it?

Anxiety is one of the most natural emotional states in life. It is triggered by many factors, usually stressful situations such as a job interview. Sometimes, however, anxiety arises at the very thought that something could change in the reality we know. Such anxiety is related to the fear of stepping out of one’s comfort zone, making decisions or trying something new. Some people do not like change, because they associate it with something not only foreign and unfamiliar, but above all negative. They prefer to lead a quiet life. This is understandable, because each of us has different needs, but treating any deviation from the regular rhythm of daily life badly, significantly affects the quality of life. We must be aware that changes, minor and major, will occur throughout life, they cannot be avoided, but they can be tamed.

Causes of fear of change

It is impossible to pinpoint clear causes for the emergence of fear of change. Scientists suggest that genetic and environmental factors may have an impact. Biochemical changes in the brain, caused by chronic illnesses, alcohol and drug abuse, or traumatic experiences in the past, among others, are also significant.

Anxiety of change often develops in people who have a certain predisposition for it and the right character traits. Some people value stability, a sense of security and do not seek constant excitement. Thus, any change will provoke in them a natural opposition combined with a desire for everything to return to its previous state. It also happens that anxiety disorders are hereditary.

Self-esteem is also important in experiencing fear of change. Low self-esteem and feelings of insecurity are often associated with fear of taking on new activities. Such a person doesn’t believe he or she could cope with the next challenge, so prefers to be stuck in a safe bubble.

Symptoms of fear of change

Anxiety of change is often accompanied by such symptoms as:

Sometimes there are also somatic symptoms related to the functioning of the respiratory and circulatory systems, such as difficulty breathing and increased heart rate, but they depend on individual predisposition.

Changes are stressful, and in the face of them we have a right to feel tired and overwhelmed. During more difficult times, let’s allow ourselves to relax and get our needs met. Let’s also not be afraid to ask for help from loved ones or professionals. 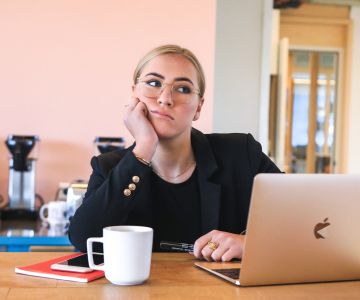 We all put off doing something from time to time. This behavior is not a problem until it becomes the norm and leads to serious consequences.

Procrastination is the unhealthy habit of putting things and tasks off. One’s activity is directed towards small, unproductive, or even pointless activities. Psychologists call procrastination and wasting time a disease of modern times. The author of a publication with such a title (Procrastination: a Malady of Modern Time) is an English psychologist Noah Milgram, who distinguished 4 types of procrastination:

As you can see, putting things off is a very devious enemy that can be waiting at every turn. It can be defeated, but the first thing you will need to do is to identify the reasons why a person procrastinates on tasks or decisions. Pinpointing them properly can make overcoming procrastination much easier.

Unless procrastination has reached a chronic and chronic form, its causes often lie in trivial things such as:

Sometimes a person does not know how to prioritize or does not define his goals: it makes no difference to him what he should do first. Some people procrastinate because of uncertainty, because they do not know how to approach a task and are afraid they will fail. This can be either fear of failure or fear of success – a common phobia that blocks potential achievement.

Perfectionism can also be a cause of procrastination – a person works out the smallest details to perfection and is ready to miss a project deadline because they are not satisfied enough with the results.

How to fight procrastination?

To overcome procrastination, strong willpower is key. We must resist the temptation to postpone tasks. Once we understand that this behavior leads to stress, feelings of shame and lowered self-esteem, we realize how harmful it is for us.

Procrastination sometimes defeats even the most productive people. The first thing they do to deal with it is to determine its causes. It could be one of the factors already mentioned or something else entirely, such as disorganization, laziness, a bad mood, overwhelming responsibility, or even banal hunger or thirst.

Even if you’re doing something you love, the beginning can be very difficult. If you don’t quite know where to start or see any difficulties, you might just sit back and do nothing. However, it is important not to think about action, but to start acting. This makes the difference between a productive person and an unproductive one. Once you start, you will cross the threshold of procrastination, which will give you the energy to continue working.

Divide the work into parts

In many cases, people start procrastinating when they see a huge amount of work in front of them. If this scares you, know that you can divide the work into smaller parts. Find small segments in a large project that don’t require a serious investment of time and effort, and start working gradually. Huge projects will immediately stop scaring you if you approach them this way.

Create an environment suitable for work

A big hindrance in the way of productive work can be an environment that is not suitable for it. Distractions of all kinds can easily distract you from getting the job done. These include various gadgets, game consoles, television, loud music, and friends or relatives hanging around.

Try to create a work environment where no one and nothing will distract you. Remove from sight anything that might distract you, and ask family members or co-workers not to distract you.

You don’t have to chase the end result as you may wait for it for a very long time and end up losing all your enthusiasm. It is better to celebrate small successes and achievements to keep you motivated and eager. By celebrating your small victories, you will contribute to the formation of new androgen receptors in the areas of the brain responsible for motivation.

If you set the bar too high for yourself, you will quickly lose your enthusiasm and desire to work. In order for you to stay on a positive wavelength and not lose focus, your goals and objectives must be doable and achievable.

Focus on finishing the job

When you have a difficult task in front of you, start reasoning logically. Don’t focus on the fact that you don’t want to start the work, as you will quickly fall into the procrastination trap and allow yourself to be convinced that the task can wait a day or two. Don’t give in to that insidious voice in your head.

Instead, start thinking about how good you will feel when you finish the work you started, how proud of yourself you will be, what a pleasant feeling of satisfaction it will be.

Don’t blame or criticize yourself

It happened. You gave in to temptation and put off tasks. Tough luck. Self-flagellation and guilt trips are pointless and certainly won’t help you solve the problem. Take a breath, accept the fact that you made a mistake and get to work. Remember that we are all only human and no one is perfect. The key to success is to keep working on yourself and not giving up. 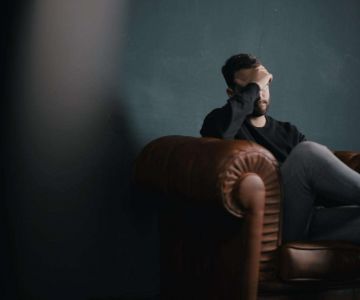 More and more people talk about social desensitization and lack of empathy, but a certain category of people will always feel everything more intensely due to genes and certain biological predispositions.

Most likely, when we hear about Highly Sensitive People (HSP), we imagine someone who cries a lot, is nervous, easily agitated, and reacts emotionally. However, this is far from the truth. These are people born with the ability to notice more, understand others better and process information more accurately.

High sensitivity – what is its source?

High sensitivity is not a medical diagnosis. If we talk about the scientific name of this phenomenon, it is an increased sensory sensitivity, inborn and genetically determined. It is one of the characteristics of a person, just like eye color or hair color.

Highly sensitive people notice more, but this does not mean that their senses work better. In fact, their uniqueness lies in their physiology. The WWO brain processes information more accurately and quickly. Research has also shown that they respond more strongly to other people’s emotions. In addition to this, such people have a high rate of reflex response, which originates in the spinal cord. Therefore, they are more sensitive to pain, drugs, stimulants and are more likely to have allergic reactions.

Strengths of highly sensitive people include:

With these abilities, they often show sensitivity to other people and living things. They excel at caring for those who cannot speak (infants, old people, animals, plants). They perceive cause and effect and can find unusual, out-of-the-box solutions to tasks. They see certain patterns that other people don’t. They also tend to reflect deeply, ponder and analyze everything.

They are very often pedants and perfectionists. They pay attention to details and do nothing superficially. They tire quickly because they react more strongly to external stimuli – noises, smells, colors, etc. They also unconsciously process more data and compare it to previous experiences. This means that during a conversation, they will not only hear the words and intonation of the interlocutor, but also notice his smell, clothes and stains on their surface, skin imperfections, facial expressions, the way his hair is arranged, etc.

They adapt to their surroundings. They rarely show their true nature for fear of rejection. Instead, they imitate the behavior of others and pretend to be the same as the people around them.

They have a constant sense of guilt. They are afraid of hurting, offending or worrying other people. They feel uncomfortable when they disturb someone and often take the blame for unpleasant situations.

They havemany images of the ideal person in their minds – when they can’t fit into these criteria and meet them all, they feel ashamed and develop complexes.

They are susceptible to the emotions and states of others. They strongly empathize and react to every emotion in their environment. They often have to deal with feelings that don’t even belong to them and experience everything more intensely.

They are unable to make decisions. They try not to make mistakes and thus endlessly analyze different solutions, trying to predict the outcome. The problem, however, is that the more options that come up, the more difficult the choice becomes. Therefore, they often get hung up on making decisions and fail to take action.

They take criticism and rejection very badly. Even trivial things can hurt or offend them. They are very bad at being separated from people they love, and they are very sensitive to breakups.

WWOs need to learn to live with their emotions, but they can’t suppress them or shut themselves away. Any person who hears from others that they are too sensitive should see this as an advantage and turn this sensitivity into their greatest strength.