Selective memory. What is the von Restorff effect?

Our brains encode information selectively and often distortedly. What and how we remember is influenced by various factors known as cognitive errors – one of which is the Restorff effect.

Although we may think we have a perfect memory, our brain is constantly deceiving us. Human memory, or the ability to store and reproduce information, works selectively, and this means that we remember some things better and faster, and forget others immediately. Why is it so?

What is the von Restorff effect

The Restorff effect, otherwise known as the isolation effect, was discovered in 1933 by German psychologist Hedwig von Restorff. Based on her research, the doctor concluded that humans are more likely to remember unique or distinctive objects from the ordinary ones. This means that the isolation effect is a cognitive distortion that is based on better recall from memory of the unusual, not only in a positive sense.

The isolation effect is the result of increased focus on distinctive items in a collection of items that are the same or similar. The set can be a list of words, objects, a sequence of events, names, or faces. For example, in the character set HGS6RLMPQ, we will remember the digit 6 best. It is the digit that our brain will focus on because the digit stands out from the letters. In a group of new people we will remember Natan or Syntia faster than we will remember another Kasia or Tom. On a daily basis, our brain better assimilates information that stands out in color, shape or form. It does not have to be a positive distinction. With the same similarity we will remember unpleasant people, unpleasant situations and images

Difference in context and experience

It is important to note that the von Restorff effect occurs on two levels. First, when there are differences in context, that is, the stimulus is different from the surrounding stimuli. For example, from a list of words, we best encode those underlined in color or written in capital letters.

Second, when the stimulus is different from the experience stored in our memory. This is why our memories are mostly of unique situations and people, such as the first day of school, the birth of a child, an unpleasant situation at work, etc.

The isolation effect in practice

We use the von Restorff effect more or less consciously on a daily basis. When we are studying for a test or preparing for a presentation at work, we color code or underline the most important information in our notes. In emails, we bold or bullet the most important content for the recipient. Events and meetings that are more important to us are written in capital letters in our calendars.

The effect of isolation is also particularly important in influencing consumers, so marketers and designers consciously emphasize key elements in ads for products and services. Unusual words, sentence constructions and images are remembered better than their typical counterparts, and thus can influence the consumer’s choice when making a purchase in the future.

To encourage potential customers to pay attention to a product, you can accent it with colors, lights, sizes, images, animations, words or sounds. It should be remembered, however, that the isolation effect will work only if the information actually stands out – if you emphasize too many elements, the brain will treat them as ordinary

Why does our memory work selectively?

On a daily basis, our brain receives a huge amount of stimuli and often, in order to process all of them, “takes shortcuts”. In practice, this means that certain simplifications creep into our cognitive processes – errors that distort the information we receive.

The isolation effect is an example of one of the many errors our brain makes. We often focus on one piece of information and ignore the rest (the focus effect), we like people and things we frequently come in contact with (the pure exposure effect), we see the mistakes of others but not our own (the blind spot effect), or we select only those facts that support our opinions (the confirmation effect)

The list of cognitive errors is really long, and although awareness of their occurrence will not fully protect us from making them, understanding these processes will certainly help us use our memory resources more effectively, but also with a dose of skepticism

Read also: Why do we repeat patterns that damage us?

Just a few years ago the biggest concern for the parents of a teenager was the fear that he or she would turn to drugs such as alcohol, cigarettes or marijuana. Now, more and more often we are dealing with behavioral addictions – simply put, addictions to activities. These addictions can also occur in adults, but as many studies have shown, behavioral addictions are more likely to affect young people, who are vulnerable to the influence of their environment and peers.

It is difficult to have a complete list of addictions that can be listed here. Nevertheless, behavioral addictions primarily include:

These behaviors are treated as compulsive, which a person cannot control, and which at the same time have a negative impact on the functioning of the body. These behaviors do not give happiness, but they relieve internal tension and bad mood. Behavioral addictions can be classified as psychological, non-substance addictions. The fact that the boundary has been crossed is indicated by the high demand and also the frequency of the activity.

The borderline between normality and behavioural addiction is very difficult, because many of them are considered not threatening for the person and at the same time are accepted by the society. We are talking here about workaholism, for example.

What are the signs of behavioral addiction?

Behavioural addictions are not very different from so called traditional addictions. What characteristics can be attributed to non-substance addictions?

Interestingly, although the symptoms of behavioral addictions are consistent with those of other addictions, such as psychoactive drug use, they are not officially recognized as addictions. Why? There is a lack of larger research on how eating or shopping qualify as addictions. However, many researchers and scientists are constantly conducting numerous experiments and experiments to study and gain a deeper understanding of behavioral addictions. Of the mentioned activity addictions, only gambling is included in the international classification of mental disorders. However, not as an addiction, but as a pathological behavior.

How can I recognize a child/teenager with an addiction?

The main symptom of an addiction to activities such as computer games is when the child spends a large part of his or her free time playing. In addition they react aggressively and nervously when a parent wants to interrupt them. The child gives up on personal contact with friends and peers, and also develops problems with sleeping or eating.

The line between what is a hobby and what is an addiction is a very fine one. Constant observation and a close relationship between the child and parent can help classify this.

As with other addictions or diseases, prevention is important here as well. When a child, adolescent is struggling with an activity addiction, special emphasis should be placed on:

As many scientific researches indicate, in the treatment of behavioral addictions both among children, adolescents and adults, the most effective is the research-cognitive method, as well as motivational dialogue. Alarming statistics show that every year there are new cases of the disease. That is why it is so important to undertake prophylactic and informative-educational actions, which concern mechanisms of addiction, its symptoms and phases as well as consequences which are connected with behavioral addiction.

source of the main picture: pexels.com 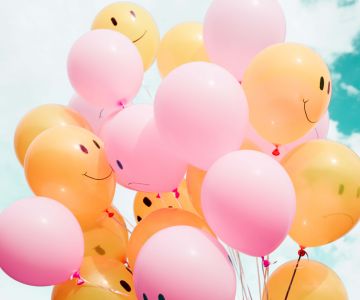 Lack of energy, apathy, worse mood and lowered mood – these can be the effects of endorphin deficiency. Fortunately there are several simple ways to supply our body with them

Who of us does not want to be happy, exude energy and infect others with it? In the pursuit of happiness we try to surround ourselves with material goods, for which we work with redoubled force. As a result, the body is exhausted and the joy of new things is not enough to restore the balance of the mind. In fact, to produce happy hormones, our body needs very little.

Magic endorphins – what are they?

The human body, specifically the pituitary gland, under the influence of certain factors is able to produce a special protein – endorphin. Popularly known as the hormone of happiness. It is its presence in sufficient quantity that allows us to feel happy. How?

Endorphins greatly simplify the passage of nerve impulses through the subcortex to the pleasure center. As a result of stimulation of these centers, we feel lightness and joy.

Adequate levels of endorphins in the body:

In addition, a surge of endorphins can relieve pain, lower body temperature, act as an anti-stress agent by slowing breathing and heart rate, improve short-term memory, and even put us in a state of near euphoria.

Shortages and deficiencies of happy hormones are extremely dangerous. They lead to metabolic disorders, sleep function, apathy and depression. Fortunately, there are simple and completely harmless methods to increase their levels in the blood. We will focus on the ones that don’t take much time and that can be used practically anywhere.

All you need to do is close your eyes, take a few deep breaths and get away from all your problems for a while. The advantage of this method is that you can meditate even at your workplace. Another way to relax is to get a massage – preferably a professional one, of course. But if you don’t have the time or resources, you can gently massage your tense areas yourself. Both massage and meditation can be supported by aromatherapy. Scents have a significant impact on our mind and mood. For example, vanilla and lavender help get rid of insomnia and disturbing thoughts

There’s a reason it’s said that laughter prolongs life. Find a reason to laugh every day and don’t provide yourself with negative news content first thing in the morning. Endorphins are produced in huge amounts when you laugh, which helps you overcome almost any degree of depression. Finding an excuse to smile is easier than it seems. It is necessary to surround ourselves with pleasant little things, communicate more often with loved ones, and smile more often, constantly reminding ourselves that we are shaping our own attitude towards life.

Ultraviolet radiation increases protein in the blood after just 10 minutes. Sunlight also contributes to an increase in vitamin D. No wonder we feel happier on sunny days. It is best to take a sun bath while walking.

Music can make you smile, and the constant pleasant sound throughout the day will improve your mood and increase your productivity. You should listen to exactly what you like. Phenomena such as goosebumps or the appearance of tears in the eyes are signs that the production of chemicals has already begun. Music will work even better when combined with dancing.

When you feel a drop in mood, you should eat something. To increase the level of endorphins the best will be sweets, among them chocolate. Also perfect are:

If you want to recharge your body with happy hormones, reach for those methods that give you the most pleasure. Especially noticeable will be the effect of combining several ways, for example, meditation and listening to relaxing music. It is important to make activities that promote the production of endorphins your daily habit. This will make you happier, healthier and full of energy, and your positive mood will surely spread to others. 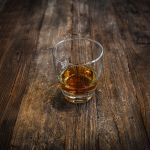