Myths of popular psychology, or the lies we want to believe

Popular psychology, also sometimes referred to as “breakfast psychology” (in reference to morning television programs in which psychological issues are discussed very superficially), is the source of many myths and misconceptions. Even when we are aware of this, we often just want to believe some of it.

There is a lot of information that has been repeated by so many people and in so many places that it has crept unnoticed into our minds, and that mind…. well, has begun to treat them as absolute truths. So it is not surprising that it is difficult for us to part with the beliefs that have managed to make a very comfortable place for themselves in our minds

Four scientists and lecturers: Scott O. Lilienfeld, Steven Jay Lynn, John Ruscio, Barry L. Beyerstein decided to dispel some of the myths that have been operating in society for years. They published their observations and conclusions in the book “50 Great Myths of Popular Psychology”.

The book is written in simple language, so even if you are not interested in psychology, you will find it easy to read.

What does everyone believe in?

In the book we will have the opportunity to learn more about hypnosis (hypnotized man will not do everything we tell him to), polygraph (not always indicates a liar), the effectiveness (or rather the lack thereof) of subliminal messages and how we use the brain (we engage much more than the famous 10% of its area!). The subject of the influence of music on a child in the womb was also raised

Many of the myths cited by the authors are based on stereotypes (the famous phrase “opposites attract” or the belief that “women are talkative”) or refer to theories that have long been disproven. Some of them may even be harmful

Researchers focused not only on the debunking of functioning myths, but also tried to get to their source: where did they come from and how did they become fixed in the collective consciousness?

After such a reading, your eyes will certainly open and you will gain a critical attitude towards the “revelations” that are sometimes served to us by the media 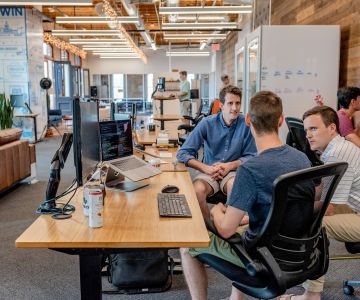 Change is an inherent part of human life and there is always more or less stress involved. A change of environment can be particularly difficult. How to cope with it?

Every change in the established rhythm of life burdens us emotionally and causes great stress. Moving to another city or country, a new school, the first days at work – all this requires us to face something new and unknown, to leave our comfort zone and revise our habits. How to facilitate the adaptation process in a new environment?

The ability to adapt

Psychological adaptation is a person’s ability to adjust to the requirements and criteria of a particular social group. We use it throughout our lives, for example by adapting to the individual characteristics of the family into which we were born. Later, we adapt to the school environment, the work environment, and the living conditions with a partner of our choice.

The higher the level of adaptive skills we possess, the more easily we adapt to the living conditions around us and to their changes

By having the right attitude and taking specific actions, we can effectively influence the acceleration of the adaptation process, even in situations that are particularly difficult for us.

The first weeks in a new job can be very stressful. According to psychologists, depression and physical fatigue during this time are characteristic for up to 70% of all new employees. Fortunately, you can ease this difficult but definitely transitional period with the following tips:

Remember that you are also new to the team and they need to get used to it. Give them and yourself time.

A more difficult situation is moving away, especially to a foreign country. According to psychologists, the separation from the home country, family and friends is experienced similarly to mourning after the death of someone close. We have to come to terms with the loss of social status, circle of friends, social ties, language of communication, professional qualifications, with everything that is familiar and close to us. We may experience a real culture shock in a new country, but the right attitude can help us survive the adaptation period.

In any situation, remember that nothing lasts forever and you will eventually get used to your new surroundings and what was foreign and unusual will become your everyday life. The longing for home and loved ones or the “good old days” will never fully disappear, but one day it will simply become bearable or even neutral. 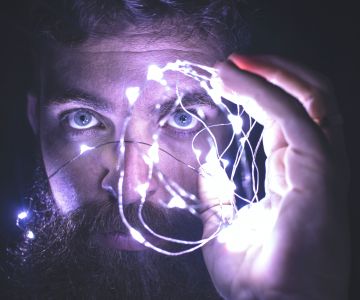 Lying is an integral part of life in all areas of life – everyone lies, for all kinds of reasons and about many topics. And even the smallest untruth forces the brain to work hard.

Everyone lies. Most often teenagers between the ages of 13 and 17 (an average of three times a day), and least often older people 60-77 years and young children 6-8 years (just over one and a half times a day). So it turns out that people are most likely to lie at the age when it comes easiest to them. That is, when the brain is most agile and can do more of the work that lying requires of it in less time.

The truth is less complicated

And it’s not about moral considerations, but pure physiology – telling the truth doesn’t tax the brain the way lying does. Dr. Pheroz Mohammed of Philadelphia conducted an experiment involving 11 people – during an MRI scan, some had to lie and others had to tell the truth. When the participants lied, 14 areas in their brains worked simultaneously, and when they told the truth 7.

The same areas in the brain are responsible for lying as are speech, attention, and decision-making. When a person lies, the prefrontal cortex, inferior parietal lobe, anterior insula, and medial superior frontal cortex, among others, are actively working. The brain works more intensely because it has to simultaneously hide the truth, make up untruths, and remember and sort it all.

When lying becomes a habit

The more often we lie, the faster our brain works: pathological liars have 14.2% less gray matter, but 22% to even 26% more white matter, or nerve fibers. This allows them to more quickly connect facts to lies and build coherent stories. It has also been proven that the brain becomes accustomed to lying and over time stops reacting to it, which is linked to the suppression of the amygdala responsible for emotional reactions such as guilt or fear.

When a person cheats for the first time, the amygdala is activated and the liar feels anxious. However, continually telling an untruth causes the brain to treat it neutrally and the person over time stops feeling fear, anxiety or remorse. This makes pathological liars able to fool even lie detectors.

The body’s reaction to lying

Lying is not only noticeable in the workings of the brain. The whole body reacts to passing the truth. First of all, the level of cortisol and testosterone rises sharply. The former is a stress hormone that helps relieve emotional tension. The second hormone helps get rid of the feeling of fear that the deception will come out.

Lying also raises body temperature. If a person lies, the skin around his nose becomes warm, and Reil’s islet, an area in the brain involved in controlling body temperature, is activated. Scientists have called this phenomenon the Pinocchio effect.

It is worth noting that liars are more likely to suffer from depression, complain of headaches and have trouble sleeping.

Why do we lie?

For a variety of reasons. In one study, the largest number of respondents – 22% – admitted to lying to cover up their own mistakes or misdeeds. Slightly fewer indicated that they usually lie to obtain some benefit, and to avoid meeting unpleasant people (16%, 15% and 14% respectively). For 8% of respondents, lying is a way to make a good impression on others. A small number of respondents also mentioned politeness, jokes, wanting to please others, avoiding an argument, or answering uncomfortable questions. 7% admitted to not knowing why they lie, and for 2%, lying appeared to be a pathological condition. 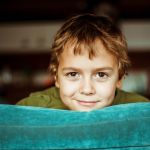