How does the color of a plate stimulate appetite, and what color does the opposite?

According to research, different shades and colors in the environment affect our mental and emotional state. It is similar with our appetite – some colors are able to stimulate it, others – to reduce it.

This information is actively used, first of all, by manufacturers and sellers of various food products when choosing brand colors, designing packaging, and also when advertising their products. In psychology, there is a special type of therapy that uses color treatment – it is usually used to combat various nervous disorders. Knowledge about the influence of colors on our appetite is also used by nutritionists. So let’s find out what colors can trigger in us the desire to eat something.

Let’s start with those shades that can increase our desire to eat. Bright colors of the warm spectrum make food seem more attractive to us. Moreover, they themselves attract attention.

Red is the strongest stimulator of appetite. It stimulates the nervous system, is able to slightly increase blood pressure and accelerate metabolic processes. However, too bright red color can negatively affect appetite, because in large quantities it leads to excessive irritation of the psyche.

Orange color can quickly improve the mood. It evokes positive emotions and joy and stimulates the brain, which can stimulate appetite. Orange is softer than red, so it does not have an overly stimulating effect.

Yellow stands virtually on par with orange in its ability to stimulate appetite. It is a warm shade which is associated with summer, sun, and sand. It fills with joy, and a happy and cheerful person has a better appetite.

Shades of green are the most natural. They evoke associations with freshness and, unlike the previous three colors, do not cause agitation, but on the contrary, calm the nervous system. Therefore, green does not so much increase the appetite, but allows you to focus completely on eating.

Turquoise is an excellent appetite stimulator, especially for desserts.

The right colors can also be used to suppress the momentary desire to snack on something. Colors that reduce the urge to eat include cool shades of blue and green, gray, and dark colors such as brown or black.

Blue and purple have the strongest effect on us, slowing down metabolic processes in the body. They also have a calming effect. There are very few natural products in these colors (especially blue), so we are less likely to associate them with something edible.

Gray color is neither stimulating nor calming. The interior decorated in this color is perceived as expressionless and unattractive. The same will be true of a plate on which food looks less inviting.

Brown has an unappetizing and inedible character. As a stimulator of appetite it works rather well only in cafes, where it is clearly associated with coffee and chocolate.

Our list ends with black, which, although it is elegant, has a rather gloomy overtone and may depress. As is known, in such a state we are less inclined to eat.

And what about white?

Although white is not a color that directly stimulates the appetite, it certainly does not distract from eating. Its neutrality makes dishes served on contrasting white plates look tastier and more appealing. Besides, according to the etiquette, food should be served precisely in white tableware. 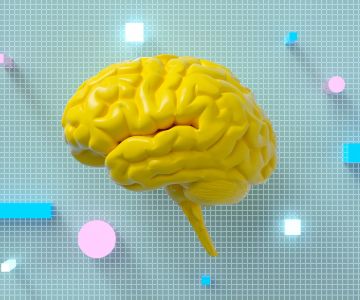 The brain allows us to process the world, to understand everything that happens around us. Additionally, it enables us to learn new things and, paradoxically, we still know very little about it.

However, modern neuroscience and cognitive science have made great strides in understanding the impact of our brain on our daily functioning

The brain and the gut microflora

According to researchers, people have their first bout of anxiety or depression right after stomach illnesses. Using brain scans, it was discovered that in patients who ate probiotics, the bacteria had a direct impact on the brain. All of the research suggests that the microbial health of the stomach has a much greater impact on the aforementioned body part than we suspected.

A man in the UK suffered from chronic hiccups for 2.5 years of his life and was told that it was probably caused by heartburn. After a Japanese TV show took an interest in the strange phenomenon and paid for medical tests, a brain tumor was discovered. After the tumor was removed, the man’s chronic hiccups stopped for good.

The condition of alcoholic intoxication

The impairment caused by drinking is actually caused by the effects of alcohol on the hippocampus, the part of the brain responsible for memory. You don’t physically forget anything, rather your brain becomes incapable of storing and recording new memories.

Structure of the brain

The cerebrum is the largest part of the brain, making up 85 percent of its weight. It needs this size to handle many survival tasks (movement, senses, temperature and judgment). The cerebellum also handles higher-order operations – problem solving, reasoning, emotions and learning. The cerebellum, in turn, you can thank for your posture and balance

The brainstem, another part of the brain, handles many of the processes you perform without thinking that keep you alive, such as breathing and heart rate. The trunk also carries information from the sensory organs and helps with swallowing and coughing.

Science divides the brain proper into four lobes: frontal, parietal, occipital, and temporal. Each lobe performs specific tasks. The frontal lobe handles thinking tasks, as well as movement and short-term memory. The parietal lobe processes sensory information about touch and taste. Your occipital lobe focuses on processing and storing information that your eyes take in. The temporal lobe works on memory, smell, taste and sound.

Does your brain hurt?

Do you have a headache? If so, you can bet that the brain isn’t actually responsible for it. This organ interprets signals from all over the body, but it doesn’t feel pain itself.

Effects of diet and physical activity on brain function

You can improve your memory if you choose to eat seafood regularly. The fatty acids in these foods improve the brain’s memory function

Exercise slows down the cognitive deterioration of our brain functions. Researchers say that increased physical activity can slow down the aging of our brain by 10 years.

Every second, 100,000 neurochemical reactions occur in the human brain. These are studied using EEG – a non-invasive imaging technique used to record small changes in electrical activity in the brain. Using surface electrodes on the scalp, scientists can study many aspects of the brain. Small fluctuations in EEG signals indicate whether a person is asleep, aroused or somewhere in between. 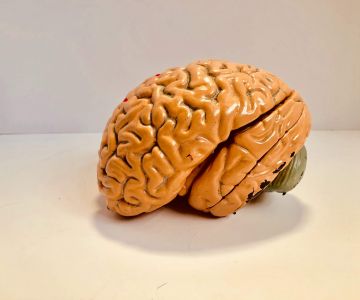 The theory of two hemispheres of the brain, of which one is dominant, dates back to the 19th century. Research was conducted on people with damage to this organ, which resulted in assigning different functions to different lobes

Also nowadays we come across tests that are supposed to check which hemisphere dominates in us. Is it worth to pay attention to them?

What does the theory of one hemisphere dominance say?

These studies from the nineteenth century gave rise to thinking about the human brain in terms of dichotomies. The division into two hemispheres, which harbored different abilities, was supposed to manifest as completely different talents in life. How did people with a dominant right hemisphere differ from those with a dominant left hemisphere?

They were supposed to be individualists and light-hearted people with creative traits and strongly developed creativity. In light of dominance theory, artists fit this description best.

These are supposedly very analytical, meticulous, and orderly people who exhibit aptitude for the sciences. Their archetype could be, for example, an economist, accountant or clerk.

In practice, the human brain is indeed asymmetrical in terms of the distribution of individual functions. It is also physically divided into two hemispheres. The left hemisphere is responsible for language abilities and logical thinking. The right hemisphere, on the other hand, is the center of creativity and artistic ability

Despite this, the theory of dominance of one of them is a very big simplification. The division of the brain is not equivalent to the fact that one of the hemispheres can dominate and be responsible for the intensity of traits or specific skills

In reality, it is not possible to equate the dominance of one part of the brain, because most of the problems we solve require the activation of complex connections in this organ. This includes difficult logic tasks. The two hemispheres differ not in the tasks they perform, but more in how they perform them. A good example is language learning, where:

What about tests for dominance of either hemisphere?

Unfortunately, popular psychology often fails to keep up with scientific research and continues to serve as truth for years after a theory has been disproven. Thus, the theory of the dominant hemisphere still plays an important role, for example, in attempts to support the professional development of business employees. They learn how to unleash the creativity of the left hemisphere and harness the hidden potential of the right

So no matter how elaborate and interesting the hemisphere dominance tests are, in practice they reinforce stereotypical beliefs. The worst thing, however, is that they may give an illusion of the need to work on competences that do not necessarily require much attention on our part

What does insisting that we are creative “right-hemispheres” or “left-hemispheres” get us, and relying solely on facts? Despite research and refutation of such theories, they have penetrated deep into our consciousness. Why?

The need to bring order to reality

Easy explanations for convoluted issues are always appealing and sometimes make dizzying careers – which is what many conspiracy theories are based on. The same is true of the theory of dominance of one hemisphere, to which we become attached because it explains to us in an accessible way the differences between people

Sometimes in this way we also justify the lack of solid work on our development, on the principle: “I will never be a good accountant because I have a better developed right hemisphere”. In this way, we limit ourselves while remaining in a safe comfort zone

Unfortunately, but the perpetuation of this belief is an opportunity to make money for personal development specialists and companies that offer entire sets of courses and exercises to improve the functioning of some part of our brain and awaken the dormant potential in it. There are even special applications for the phone! Everything is based on efficient marketing, so remember to approach such offers with caution 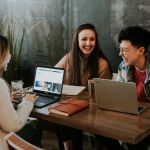