Children’s Fantasy. How to stimulate the imagination of the youngest?

Relationships Secrets of the mind
18 December 2020
You need about 4 min. to read this post

Relationships Secrets of the mind
by Leticia Keith
Share

Creativity is more of a skill than an innate talent, so it is worth developing it from an early age. In adult life it will be useful in almost every sphere of life! What is important, it is not limited only to artistic and musical expression. It also supports scientific, mathematical, linguistic, kinesthetic, spatial, natural, and even social and emotional intelligence. A creative person is also better able to cope with problems. How do you encourage this in your youngest?

Encourage your child to discuss

If you want to develop creative thinking in your child, encourage him to think in different ways. Whenever you talk to your child, ask questions such as: Why is the sky blue? Why does seawater have ripples, but not in a lake or pond? How does gravity work? And so on. By doing so, you will spark his curiosity, stimulate his imagination and get him to solve problems

There are no bad ideas

Children have a lot of ideas that are manifestations of their creativity. Remember not to reject or ridicule them. By doing so, you will let your child know that being creative is not worth it! Try to focus on the advantages. Think together about how to put the idea into action

Toddlers who are afraid to make mistakes usually don’t want to think creatively. So create a safe environment where they can confidently share their ideas. Making mistakes is an inevitable part of learning.

Children can take nicknames very seriously. Labeling anyone as “uncreative” or “better at math and science” can discourage them from learning other subjects or taking up creative hobbies, although in adult nomenclature it doesn’t mean anything bad. Encourage your child to expand his or her knowledge in different areas. Avoid grading!

Give freedom and independence

When you encourage your child to be independent, he starts using his imagination and available resources. By doing so, you encourage him to think creatively. You build up his self-confidence and strengthen his belief that he can handle any situation

From the age of two, toddlers strive for more independence. Encourage them to make simple choices. Of course, you should adjust the level of independence according to your toddler’s age, ability and the specific activity. Remember, however, not to over-control your child. Offer to invent your own games and prepare a plan for the day.

Whether it’s an emotional problem encountered in everyday life or a math problem, you should make your child aware that there are at least several ways to solve it. Encourage him to look at the issue from different perspectives. In this way, you will stimulate his imagination.

Look at the stars

Learning about space encourages creative thinking while giving your child an edge in science class. Ask your toddler what he thinks aliens look like and ask him to draw them. You can also encourage him to make up a story about an astronaut who landed on the moon

If your child is older, offer to make a model of the Solar System together from Styrofoam balls. Planetariums are another interesting way to introduce children to the cosmos

Encourage your child to prepare their own gifts

When the holidays come, how do you let your kids choose gifts for their loved ones? Do they look for a trinket at the store, or do you buy gifts from the whole family yourself? This year you can take it a step further

Instead of buying ready-made gifts, ask your child to prepare handmade gifts. Small trinkets such as a bracelet, drawing, or Christmas ornament are great ideas for a touching gift that a child of any age can make. Help him paint wooden ornaments, braid bracelets, or create baubles out of paper.

Encourage your child to use construction toys

Construction toys, such as building blocks, encourage children to solve problems and develop their imagination. Remember to give your toddler enough time to play freely. It’s a good idea to encourage your child to build a car or dollhouse out of blocks. There is nothing better than learning in a fun atmosphere 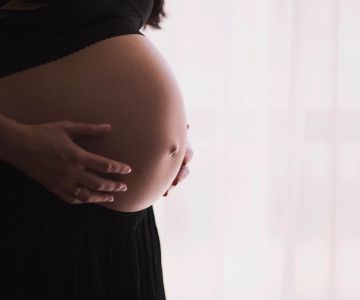 Until recently, it was thought that listening to music by pregnant women only calmed them down. However, it turns out that it is an important channel of contact with the unborn child. What music should be listened to during pregnancy?

The right choice of music has a beneficial effect on the psyche of a woman and her whole body. What can music do?

Regular listening to music during pregnancy, according to researchers at the Max Planck Institute in Munich, also protects women from hypertension, which is common in this state. Thus, future mothers who have a problem with this parameter can avoid health problems

It turns out that musical taste during pregnancy can be very specific and different from what a woman preferred before. In particular, her sensitivity to low, high and inharmonious sounds increases, so it is worth to take this into account when composing a pregnancy playlist

Music’s influence on the baby’s development

More mysterious, however, are the relationships between a mother’s music listening and her child’s fetal development. Recent research points to some interesting correlations!

Since when does a baby hear music?

A baby in the womb begins to respond to sounds as early as 4 or 5 months. The membranes dampen most of these sounds, but the baby still perceives some of them. This is especially true of rhythm and low-frequency sounds. For example, the sounds of the bassoon

Does the baby remember a tune?

It turns out that not only does the foetus respond better or worse to particular melodies while in the womb, but the baby after birth is able to respond particularly vividly to certain sequences of sounds that it often heard while in its mother’s belly

What else does listening to music in the prenatal period offer the baby?

Listening to well-chosen melodies during the prenatal period can be a tool for early music therapy and benefit the future. Children treated in this way are often calmer, more attentive, learn their first words more quickly, and show creative abilities.

What music to listen to during pregnancy?

It is this genre of music that is recommended by far the most for moms-to-be and the babies developing in their wombs. Especially often recommended are:

What’s beyond the classics?

Of course, listening to classical music by a future mother does not guarantee that she will have a child-melome. In fact, it is not always this kind of music that appeals to a woman’s taste, or even that of a child, who may already express his or her disapproval in the womb.

At the International Congress of the Association of Music and Medicine in Barcelona (2018), the results of a study by Spanish scientists on the behavior of more than 300 fetuses (mouth and tongue movements were assessed) to 15 songs representing three musical genres (classical, traditional and pop-rock) were presented. It turned out that:

Mozart’s Eine kleine Nachtmusik was the clear winner, but among the pop songs, YMCA Village People and Bohemian Rhapsody by the immortal band Queen also did quite well. Unfortunately, Adele and Shakira did not find fans among the youngest

Main photo of the article: photo by Freestocks, source: unsplash.com 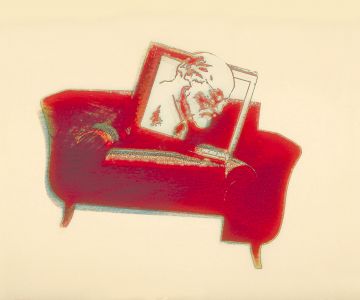 You made a mistake, learned from it, and promised yourself it wouldn’t happen again. However, some time later you make it again. Why? This is due to a natural mechanism that Freud described as the “repetition compulsion”.

Subconsciously, we tend to repeat patterns that we already know, even if they are unpleasant or traumatic for us. As a result, we find ourselves constantly revolving around the same toxic relationships, stuck in stressful situations, or making the wrong choices. And, of course, it’s not that we want to be miserable or like to torture ourselves. It’s an instinctual action that Freud closely links to the concept of the death drive and the experience of trauma.

The pleasure principle and reality

According to Sigmund Freud, the operation of the mental apparatus is governed by 2 basic principles – pleasure and reality.

The pleasure principle is the subconscious striving of the primitive “Id” to satisfy urges, avoid unpleasantness, and seek stimuli that give us pleasure and pleasant sensations. These drives are opposed by the moral “Superego,” and the “Ego” seeks a compromise between them, guided by the principle of reality. By means of a number of mechanisms, it helps us adapt to the environment, avoid dangerous influences, control instinctive impulses coming from the “Id”.

Previously, Freud believed that the pleasure principle governed the entire mental apparatus. However, over time, he began to notice behaviors that violated it. In particular, traumatic neuroses, childhood play and the phenomenon of transference observed in the clinical practice of psychoanalysis, which clearly showed how a person persistently, as if under compulsion, repeats and reproduces the traumatic experience of his life.

Based on these observations, he formulated his concept of repetition compulsion, which he discussed at length in Beyond the Pleasure Principle.

Children who repeat unpleasant situations and experiences in play, neurotics who reproduce their unpleasant experiences in various situations, toxic and harmful relationships between people that make up the same pattern – in all these cases we speak of the action of an internal compulsion that is stronger than the pleasure principle. And so the painful, disturbing, traumatic situation is repeated in the mind of a person again and again, sometimes taking different forms in different circumstances of life.

In the psychological meaning of the repetition compulsion, Freud saw the need to master the traumatic experience that caused the disturbance of inner peace and mental balance, and which the person has repressed from consciousness. These are thus attempts by the human psyche to recall the feelings of anxiety and pain caused by the trauma and thus to restore the disturbed balance, dictated by the need to reduce tension as much as possible (the nirvana principle) or at least to keep it constant (the principle of constancy). The individual is thus doomed to repeat the traumatic experiences he has repressed until he gets them under control.

In his work, Freud painted a picture of the struggle between two tendencies in the human psyche – the death drive (Tanatos) and the life drive (Eros). Our attempts to exist peacefully are manifestations of Tanatos, and the drive to disrupt peace in order to seek new stimuli and enrich life is a manifestation of Eros. Freud believes that the state of non-existence (without life) is the initial and primordial one from which every being begins and to which, by a circuitous route, he eventually returns. Death is the balance that life violates.

How do we break the cycle of repetition?

Clinical experience shows that repetition of trauma does not help to control it. On the contrary, successive painful experiences overlap and lead to deeper and deeper disturbances and increased anxiety.

To break the cycle of compulsive repetition, the patient must recall the repressed memory of the trauma and work through it with a therapist. Only in this way will he free himself from the mechanism by which the psyche attempts to harden and immunize him. When an individual regains control over his life, he stops reproducing harmful patterns of behavior and relationships.