Sweet dreams. How to sleep to get a good night’s sleep?

Personal development
18 November 2020
You need about 4 min. to read this post

What time to go to bed so that our body has time to regenerate? When do you eat your last meal? What is the best mattress for the bedroom? These and other questions often arise in the context of ensuring optimal rest during sleep. However, getting a good night’s sleep is not easy and depends on many factors that we can influence to a lesser or greater extent.

How many hours should we sleep?

The length of sleep is the basic issue concerning regeneration of our body. Not getting enough sleep significantly reduces our intellectual performance, it also affects the physical sphere. The worst case is when such a state takes place for a longer period of time. It turns out, however, that our needs regarding the length of sleep are different and there are no iron rules about it:

The idea, then, is to get as many hours of sleep as we need for well-being and intellectual performance at a high level. Interestingly, as a rule, the necessary number of hours slept decreases with age. Babies under 3 months of age sleep the longest (even 6-8 hours of uninterrupted sleep), while seniors over 65 years of age sleep the shortest (about 7 hours is enough for them).

Sleep disorders can be caused by consuming stimulants. First of all it is worth avoiding nicotine and caffeine just before going to bed, but also alcohol, which reduces our night’s rest

Take care of your diet

Problems with sleep can also be caused by improper diet. The basic rule is not to eat anything two hours before going to bed. Don’t drink a lot before bedtime so that you don’t have to get up at night to go to the toilet. Dinner should always be light. Cooked meat or salads can be the basis of such a meal. To drink, milk with honey or a glass of cocoa are good choices. Alternatively, you can drink camomile tea or lemon balm tea

Create a good atmosphere in the bedroom

The color of the bedroom walls matters too! It is good to avoid flashy, but also gloomy colors. Better are pastel, soft colors, such as blue or mint. The room must be quiet and dark so it is worth taking care of the right blinds. It cannot be too hot or too dry. The optimal temperature is 18 degrees. It is also worth investing in an air humidifier or using a solution with the addition of essential oils, such as lavender oil. The smell should not be too intense, so a few drops of oil is definitely enough. The bedroom before going to bed and immediately after waking up need to be well aired

First of all bed has to be chosen according to our height. For someone who measures 180 cm, the appropriate length of the mattress will be 20 cm longer, which is 200 cm. The width is at least 90 cm for one person. A mattress for two people must be at least 140 cm, but even 180 cm is recommended. All this is so that both partners can sleep comfortably in all circumstances. The firmness of the mattress is an individual matter. Remember, however, that neither too soft nor too firm will work

Don’t bring work into your bedroom

It is not a good practice to take work to the bedroom. It is the real temple of sleep and there is no place for work duties in it. You should also not eat, watch TV or even read in bed, which is certainly the practice of most of us

Go to sleep when you need it

Sometimes the problem is that we try to force sleep on our body when it doesn’t need it at all. So if you can’t fall asleep for half an hour and all you do is wriggle around in bed, it’s better to get up and do something else for a while. Wait until sleep starts to drift off by itself 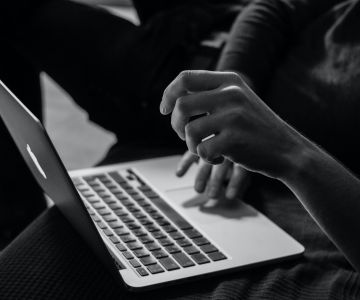 Social media hate is a very common phenomenon nowadays. If you’re a public figure and have an active social media life, there’s no way you can avoid hecklers and their hateful comments. However, you can always learn how to respond to them properly. The question remains, however, is it even worth it?

Who leaves malicious comments and why?

Type 1: people with a negative attitude. They are accustomed to seeing evil wherever possible, and react accordingly to everything with hate. They always focus on what is bad and fail to see the positives.

Type 2: people who want to boost their self-esteem. They boil inside if they see that you are better at something or have more than them. By pointing out other people’s weaknesses in public, they try to show their superiority and strength.

Type 3: people who seek fame. They hope that a post with their comment will get thousands of likes or someone will take a screenshot of their opinion in the media. And as you know, it is much easier to attract attention with a negative than a positive.

How to distinguish constructive criticism from hate?

In order to distinguish between a kind person and a regular hater, it is enough to set a certain “filter” for yourself. It consists of the following questions:

For example: “I didn’t understand anything from your article. A lot of pouring water” – here the reader is not praising, but expressing the opinion that there is little specificity in the article. “Some nonsense” – this is the voice of the hater.

How to properly respond to a hater?

When confronted with a hater, experts advise, first of all, to think about the goals of the response, because, as a rule, any response generates a new wave of hater and leads to an escalation of the conflict. If it is important for you to maintain mental stability, the best thing to do is to block the haters and delete comments, possibly reporting users to the platform moderators. However, if the hate threatens your professional reputation or other values you need to defend, respond, but set boundaries so you don’t get drawn into a pointless discussion. On the other hand, when you witness a hater targeting another person, respond by showing support – write something nice to show them their value and give them encouragement in their fight against the hater.

If the negativity is not justified or constructive in any way, above all, don’t add fuel to the fire. Don’t fight hate with hate, because that’s what the hater expects – he wants to throw you off balance and force you to play the game on your own terms. An angry response will not only not solve the problem, but will make you feel even worse. You also shouldn’t make excuses or justifications – this way you expose your weaknesses, and it’s an opportunity for the healer to launch another attack.

You can’t swim without violating the surface of the water. In the same way, you can’t be an Internet user without exposing yourself to a hater. Sooner or later you are bound to feel it, so – instead of worrying about possible hateful or offensive comments – continue to do what is important to you. Remember, however, that haters don’t need a reason to hate, and most often their victims didn’t deserve such treatment in any way. So don’t look for fault in yourself and don’t take what online haters write to heart. 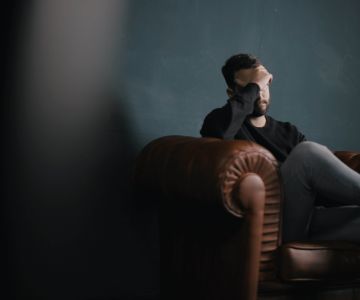 High self-esteem and self-worth are extremely important for mental health. However, men are often put to serious tests, and their self-perception depends largely on the standards set by society. Toxic masculinity, or the toxic image of masculinity, is a huge problem that has been fought against very recently. See what factors can unduly affect your self-esteem negatively.

Aversion to “masculine” activities and behaviors

According to common stereotypes a man should be able to repair all the equipment in his house, plaster the walls and make his own furniture. This is not true! The image of a man only with a hammer or a drill in his hand is a relic of the past, which unfortunately is still present in people’s minds. It is time to abandon the division of passions and duties into men and women. If you feel great in the kitchen, baking a cheesecake, this is no reason to be ashamed. Men are no longer obligated to build a house, plant trees and beget a son, don’t let yourself be told otherwise.

Toxic perceptions of masculinity are also associated with certain expectations of men in the bedroom. The socially created ideal of a partner is a guy who can spend several hours in bed with his woman. Because of such unrealistic expectations and myths, erectile dysfunction and premature ejaculation are a source of shame and even depression for many men. If you are struggling with intimate problems, there is nothing wrong! Go to a doctor, because the problem is probably health related. For example, it may be caused by an unhealthy lifestyle, sleep deprivation or hormonal imbalance. The doctor will certainly recommend you to change your lifestyle and introduce medications that help to fight the symptoms of the disease, such as viagra or kamagra.

Being overweight or obese

The impact of appearance on self-esteem is a problem faced not only by women. Dissatisfaction with one’s shape, lack of a six-pack, and poor fitness can significantly lower self-esteem. The body and metabolism change throughout life and these changes are natural. Of course, for health reasons, you should look for the cause of your weight gain and try to reduce it, but putting on a few extra pounds is nothing to be ashamed of. In every commercial or movie, the protagonist is a muscular, wealthy businessman with a beautiful woman at his side, while his funny friend with a slight overweight is never a match for him. By portraying the male body as a marker of success, unhealthy mechanisms and harmful connotations are created in the mind. Taking care of your health and shape should be dictated by self-love and the desire to take care of your health, not by the need to fit into unrealistic standards of male beauty.

Who has never heard “boys don’t cry” or “don’t act like a woman”? These phrases also echo the toxic masculinity that has been nurtured in society’s consciousness for years. These stereotypes have made men uncomfortable showing emotion. Highly sensitive men in particular, who find it easier to get into difficult emotional states or experience their emotions more intensely, can feel unmanly. This is a big mistake, because showing your emotions, talking about them and dealing with experiencing them is a sign of maturity and something to be proud of.

Men have been taught unhealthy and toxic behaviors for many decades in order to feel masculine. These practices unfortunately still bear fruit today. Toxic masculinity and other stereotypes of what a “real man” should look and act like often have a negative impact on male self-esteem. Remember, you can be who you want to be and do and wear what you want as long as you don’t hurt others by doing so.