How easy is it to lose a friend? Don’t try this at home!

Friendship, like any other type of relationship, can either end at some point or last for life. The latter is what we see most often on TV in various TV series, but in reality we are mostly dealing with the former situation. Our friendships never last long because we don’t take care of them. Check out the mistakes to avoid!

Friendship is always about give and take, otherwise it wouldn’t be equal for all parties. But sometimes a relationship can become one-sided when someone only takes and never gives. If it goes on too long, such a friendship becomes a burden. Have you been acting selfishly? Consider what you can do to bring joy to your friend.

Social media makes life easier. They allow you to keep track of what’s going on with your friends on Facebook and Instagram. But virtual friendships aren’t the same as real conversations, so if you don’t have time for your friends, don’t be surprised to see them slowly drifting away from you. The less often you see your friends, the more your bonds weaken.

Conflicts don’t have to end friendships. In fact, they don’t even have to mean that something is wrong. And yet, people find it very difficult to talk about it in a healthy way. Common mistakes people make during conflicts include:

Think of conflict as a desire to improve the friendship. Approach disagreements with the goal of understanding rather than trying to change someone’s mind or make a stand. Remember that how you say something is as important as what you say.

You may say, “But we talk all the time!” However, are you talking about the really important things? Are you able to tell a friend that something is bothering you or that you are upset with them for some reason? Friendship isn’t all sunshine and rainbows, but also bumps in the road. And if you can’t communicate openly and honestly, your friendship is doomed to fail.

If one of you is jealous of the other’s success, it can easily ruin your friendship. It’s normal to feel jealous, but you shouldn’t let this feeling overwhelm you and ruin your friend’s relationship. If you support him, you can overcome jealousy and celebrate together.

Friendships are built on trust. When you share personal information and secrets with your friend, you expect them not to tell anyone. A person who reveals secrets and gossip about friends behind their backs is not a good friend himself. Lying also qualifies as a betrayal of trust – no one wants to be friends with a liar.

Talking only about yourself

You start telling someone about an amazing trip you just got back from, and then somehow you listen to a friend’s long account of a vacation a few years ago. You start talking about your very painful divorce, and the conversation gets diverted to that person’s breakup story. Unfortunately, it’s easy to make this mistake. Sometimes you begin, intending only to mention your own experience so your friend knows you can understand – but then your brief mention turns into a longer account. Resist the temptation by making sure you quickly get back to what you and your friend originally discussed. And remember that in any situation, you should spend at least as much time listening as you do talking.

We all face difficult moments, frustrations, and disappointments, and being able to reveal them to our friends is one of the things that makes it lighter on the soul. However, if most of your conversations consist of telling how you were treated unfairly or you just can’t catch a break, beware. If your friend has healthy boundaries, they may start to stay away from you. As science shows, listening to constant complaining is actually harmful to brain function.

Incidentally, you shouldn’t accept constant complaining from the people in your life, just as you shouldn’t expect them to put up with your whining. If someone you care about can’t stop complaining, interrupt them and ask them to change the subject. If that doesn’t work, keep your distance. 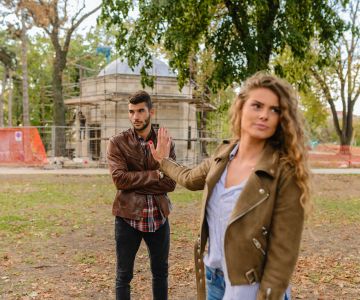 Relationships vary, and building them always takes work. One particularly important aspect is setting boundaries that foster a healthy relationship

Every relationship should be based on communication that leads to defining a certain framework. It is unhealthy for one party to impose their opinion on the other and do what they want, while the other is constantly stifled and restricted. Setting clear boundaries early on in a relationship helps to avoid misunderstandings and disappointments, and to better understand the other person’s needs.

Boundaries are for you

Healthy boundaries are ones that you set for yourself, not for your partner. This does not mean that he or she should have impunity and be allowed to do more. Each party in a relationship should set their own boundaries, but they cannot try to control the other by imposing their will on them. So think about your status in the relationship. What position do you hold? Are you subservient, or are you in charge? How much can you sacrifice and change for your partner? What are you able to tolerate and what are you not?

How do you set boundaries?

Don’t use commanding or telling your partner to do something – this is controlling and limiting and does not build a healthy relationship. Instead, talk about yourself – clearly indicating the “I” person. If you feel your partner is flirting too much with others, don’t forbid it, but make it clear that you won’t tolerate it. When the other party chooses to ignore this boundary and crosses it, it’s a signal to you that he or she doesn’t care about you or your feelings, and that you might need to work on it. However, it’s important to communicate your boundaries clearly and loudly to your partner, rather than expecting them to figure it out on their own.

Healthy boundaries in a relationship – some examples

It is important to remember that boundaries are not rigid rules, the breaking of which means the end of a relationship. Rather, they are lines that outline the framework of your comfort zone in the relationship, but they can change over time. They are also a kind of guideline for your partner that can touch on many serious as well as trivial aspects of your relationship:

Boundaries allow you to maintain your independence and remain yourself in the relationship. They provide a sense of security and comfort in the relationship, help partners build trust and mature as a couple. They can also be a way to avoid some conflicts in the future. 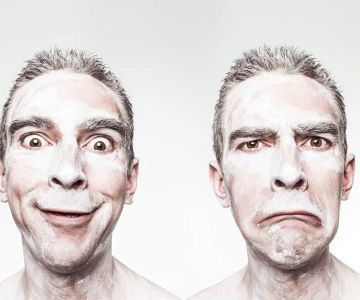 If you’re one of those people who still wants to know more about both the world and yourself, take a look at our training offerings. There is one more December training and two proposals for January!

This time we have taken a look at what the Euphonia Institute for Personal Development is offering for you in the course “Trust yourself”. Most of the trainings take place in Warsaw and Wroclaw. What do we recommend?

Training about personality types in terms of ego consciousness levels map, which will help us understand other points of view and open to diversity. The course is conducted by Jolanta Toporowicz, M.A., psychotherapist with 26 years of professional experience

A proposal for those who want to take a journey into themselves. It is based not only on basic psychological knowledge, but above all on working with emotions. Classes are held in the form of lectures, exercises, lively discussions and personal work, which is a kind of training of new skills

The training will cover the topic of interpersonal relationships, which are an indispensable part of our everyday life – both in our personal and professional lives. The goal is to open participants to building constructive relationships in each of these areas 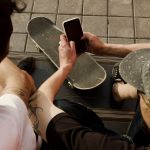