Where do dreams come from and why do we dream?

Dreams still remain a mystery. Although nowadays we know a lot about this fascinating yet troubling issue, some questions remain unexplored. We are trying to explain where dreams come from and why we dream.

Dreams have fascinated since the dawn of mankind. Some find in them predictions of the future, for others they are just remnants of everyday problems. There were also artists who found inspiration for their outstanding works in dreams. Intensively studied by scientists, dreams are still not completely understood and described. Neuroscientists point out that moving images in our heads appear during the REM sleep phase, which is associated with rapid eye movement.

Sleep is divided into two phases:

There are four stages in the NREM phase:

The NREM stage lasts about 80-100 minutes, followed by the REM stage, which lasts about fifteen minutes. In adults, the whole cycle is repeated four or five times.

What are dreams? Where do they come from?

Dreams can be described as visions that appear in our mind when we sleep. We have no control over them. Dreams can consist of a series of unrelated images or, on the contrary, they can present a story with a narrative and logic of events. They are often accompanied by strong emotions and even sensory impressions, such as sensory sensations. Daydreams can be pleasant or frightening, sometimes they seem very realistic or resemble a fantasy film. They may or may not concern the dreamer’s current problems, as well as his desires or fears.

Scientists now believe that dreams are formed in the hippocampus, the area of the brain that is responsible for memory and emotions. Although the body rests and recovers during sleep, the brain is working all the time. During the REM phase, information is processed and consolidated – and this is when dreams are formed.

The role and importance of dreams

One theory attempting to explain why we dream is that dreams are representations of our unconscious desires and wishes. They may also represent an interpretation of random signals from the brain and body that occur during nighttime rest, or information gathered by the brain during the day.

As a result of the research, scientists have come to several conclusions. Dreams certainly allow us to process memory processes by combining what we already know with what we have learned. Dreams can also be a cognitive simulation of real life experiences, a reflection of our daily thoughts and reflections. Their important role is also that they help achieve psychological balance by providing space for overwhelming and conflicting information. Despite intensive research for many years, researchers have not succeeded in determining whether dreams mean anything and whether they are necessary for humans. 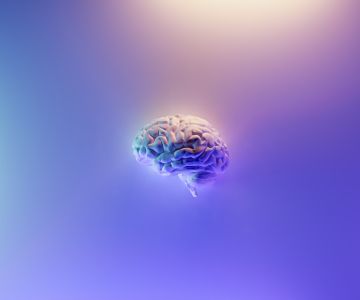 Today, artificial organs are no longer a fantasy, but a reality: blood vessels and skin are “grown in test tubes,” technologies for producing new lungs and hearts are being actively developed. However, one of the main challenges for scientists is to recreate at least part of the complex structure of our brain.

Minibrains, organelles grown from stem cells, allow us to take the first steps in this direction. Read about how they are created, how they help study aging and Alzheimer’s disease, and whether the miniature tissue fragments can learn to think like us.

Researchers at Ohio State University in the US have grown a nearly full-fledged equivalent of a human brain with a size and structural development equivalent to a five-week-old fetus. The most complex model of the human brain to date, or “brain organoid,” as the researchers call it, was created in the lab through bioengineering and the use of adult skin cells.

The lab-grown organoid is the result of four years of research by René Anand, a professor in the Department of Biochemistry and Pharmacology at Ohio State University, and Susan McKay, a research assistant. The researchers’ main task was to find a suitable alternative to the brain of laboratory rodents for future research. The resulting brain organoid is not only a more convenient research model, but also allows them to avoid various ethical difficulties that can be encountered in studying real brain tissue.

How was the human brain grown?

The creation of the organoid began with the use of adult skin cells, which were forced to transform into pluripotent cells – embryonic stem cells capable of transforming into any other cell type in the body. The resulting cells, placed in a special environment mimicking the prenatal state, were used to create a certain type of tissue and then an entire organ.

In this case, Anand’s patented method made it possible to grow a pencil eraser-sized brain model in 12 weeks, with the structure and 99% of the genes characteristic of a normal 5-week-old human brain. It is more advanced than previous models – it has all the major areas of a real brain, many different cell types and some parts of the visual system, but lacks the vascular system, so its growth potential is still limited. It does, however, contain axons, dendrites, astrocytes, oligodendrocytes and microglia and, like the real brain, can transmit chemical signals through its structure.

Why grow a brain?

According to the researchers, such organic brain creation not only helps resolve many ethical issues, but can also provide faster and more accurate drug testing. It also provides an excellent basis for more advanced research into the genetic and environmental causes of central nervous system disorders. Anand and McKay have already created several models of autism, as well as Alzheimer’s and Parkinson’s diseases, based on the cultured organoid. Further development of it, as well as the addition of the cardiovascular system, may allow the study of strokes. In addition, based on the organoids, it will be possible to study traumatic brain injury and post-traumatic stress conditions in greater depth.

The team hopes that their organoid will become part of the DARPA Microphysiological Systems program, which uses genetically modified human tissue to mimic human physiological systems. 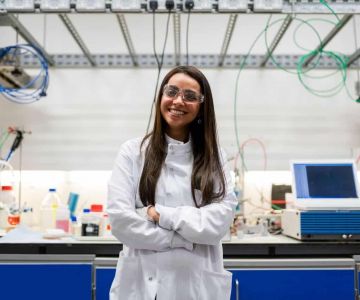 As humans, we like to think of our species as unique: uniquely developed, complex, even superior. We think that of all the creatures on our planet, our brains are the most powerful.

But scientists are discovering that the brains of other mammals aren’t so far behind those of humans. How did they discover this?

The basis of the study was to take brain scans of over 100 different mammalian species and then look at the similarities and differences to the human brain. Sure, our brains still fall short in some respects, but there are areas that work with equal efficiency in animals.

An example? The transmission of information. It turns out that their transmission is just as efficient in other species. Importantly, it is not dependent on the size of the brain, as previously thought.

Research has also shown that there is a mechanism by which the brain balances the number of connections in such a way that it simply does not “overload” itself. This is why – when one part of the brain is working at full capacity – the other part maintains lower connectivity